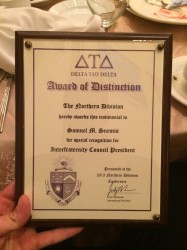 We are pleased to announce that Delt junior Sam Snemis was elected president of the IU IFC earlier this year. Sam is a biology major from Indianapolis. As quoted in the Indiana Daily Student, Sam says, “I am honored to serve the community as IFC president and work with the new executive team, as well as all chapter presidents to create positive change.” Several chapters have made headlines in the past several weeks with reports of significant misconduct and challenges.

We invite you to click below to read comments made by Sam during the Feb. 17 IU Faculty Council meeting regarding the steps IU Greek chapters are making to ensure the safety and proper conduct of all students. Congratulations, Sam!

CLICK HERE to access minutes from the Feb. 17 meeting. Scroll down to page 15 for Sam’s comments.
Back to Top

This summer, Forbes ranked Indiana at #20 among its top 25 public colleges of 2015. CLICK HERE to see the entire list and to leave your own comments about your Beta Alpha experience at Indiana.
Back to Top

Have You Thanked Our Beta Alpha Veterans?

In preparation for next month’s Veterans Day (Nov. 11), we have begun compiling a list of our Beta Alpha Chapter veterans and their stories. We have only scratched the surface. We need your help to build our list, tell the stories and pay tribute to these men of Truth, Courage, Faith and Power. Please review the list below and leave your comments in the box at the bottom. Help us tell the stories and feel free to leave your notes of gratitude to these brothers willing to sacrifice for the protection of our freedoms. 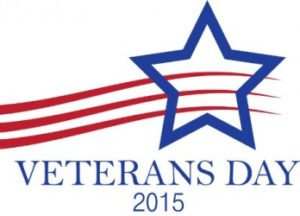 Donald C. Brodie ’59 — U.S. Marine Corps (VIETNAM)
Retired major. CLICK HERE to read about the experiences of Major Brodie and his fellow soldiers in a U.S. Marines document, “U.S. Marines in Vietnam: The War That Would Not End, 1971-1973.)

Col. David W. Eberly ’69 — U.S. Air Force (GULF WAR)
Colonel (ret) David William Eberly was the senior-ranking allied prisoner of war in Baghdad during the Gulf War in 1991. An airman, he participated in the initial air strike into Iraq. On January 19, the fourth night of the campaign, he was shot down while flying an F-15E Strike Eagle and, after evading three nights, was eventually captured on the Syrian border. He was subsequently repatriated with the other allies from five countries on March 5, 1991 … As an airman, he flew over 3400 hours with tours in fighter squadrons in the Philippines, Germany, and the United States. During Desert Shield and Desert Storm, he served as the Director of Operations for the 4th Fighter Wing (Provisional), flying the F-15E in Oman and from Saudi Arabia. His combat awards include the Distinguished Flying Cross, the Bronze Star, and the Purple Heart. In April 1998, Colonel and Mrs. Eberly represented the Gulf War POWs at the opening of the National POW Memorial in Andersonville. His book, Faith Beyond Belief is available via www.faithbeyondbelief.com. CLICK HERE to read more about Col. Eberly.

Greg Ballard ’78 — U. S. Marine Corps (GULF WAR)
After graduating, Greg joined the United States Marine Corps. He continued his education while serving in the Marines, becoming a distinguished graduate of the Marine Corps Command and Staff College, and attained a master’s degree in military science from the Marine Corps University, which included operations analysis studies. He later was transferred to Okinawa, Japan. He also served in the first Gulf War. His military career culminated in his service with the United States European Command in Stuttgart, Germany, where he retired in 2001 as Lt. Col. with 23 years of service. While in the service, he earned numerous awards, including the Legion of Merit, the Meritorious Service Medal, the Kuwait Liberation Medal, the Marine Corps Expeditionary Medal, the Humanitarian Service Medal, and the Military Outstanding Volunteer Service Medal. Greg is currently serving as the mayor of Indianapolis. CLICK HERE to read his full bio.

Bobby Brewer
Enlisted for active duty in the Air Force in 2004. Currently stationed at Wright Patterson AFB with the 18th Intelligence Sq. Completed 5 deployments, including surviving an IED attack on my truck in 2007. Currently Flight NCOIC of a satellite systems analysis team. If the Wright State chapter needs a speaker for Veteran’s Day, contact me through LinkedIN. https://www.linkedin.com/pub/robert-brewer-iii/71/a99/208
Back to Top

10 of the Best Beta Alpha Pics Ever Taken?

Below is a collection of 10 of some of the best Beta Alpha photos ever taken. Or are they? Every single one of them has a great story behind it.

Beta Alpha brothers in 1894… only a few years after the chapter was established at IU (Arbutus, 1894). 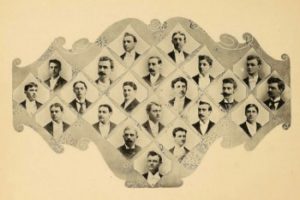 There Is Always That One Brother

DTD brothers in 1920. One brother had a different plan than the others. 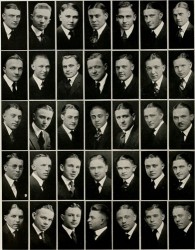 Move Over … I Was Here First!

Brothers fight over mirror space in 1945. 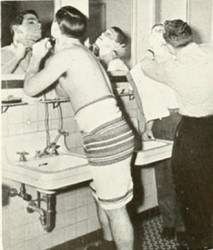 This photo from the 1953 edition of the Arbutus was featured with this caption: “What price glory?” Who knows the story here? 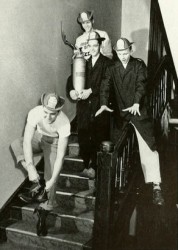 As outlined in the 1959 Arbutus yearbook, “The traditional serenade, whether for a pinning or for a campaign, has the attraction of the Deltones Quartet when men of the Delta Tau Delta Fraternity chapter call on women’s housing units.” Brothers in this photo include (l-r): Mike Wiest, Lloyd Cast, Bill Tanner and Jim Cast. Who remembers the Deltones? 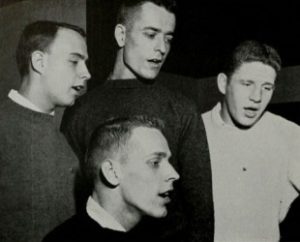 An annual tradition that brought hundreds of students out to enjoy the music of the day, the Delt Street Dance created many special and interesting memories. Please share! 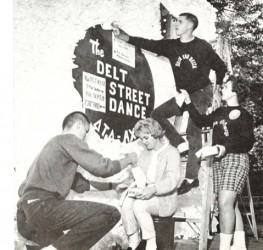 Brothers during the 1965-66 academic year take on a tug-of-war competition in what looks to be a parking lot somewhere. Who has the story? 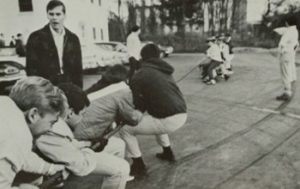 We Don’t Pose for Photos Often … But When We Do …

Such a distinguished looking group from 1971, except for those few in the front row. We especially like the brothers who decided to strike a lounging pose! 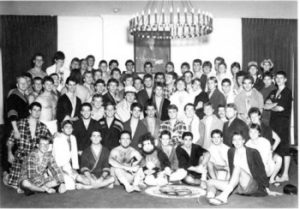 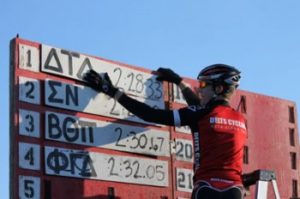 The tug of war was probably held in a parking lot because in the 1959 or 60 Greek Week pull-off, we “normal sized” Delts easily
won the contest finals against the DU’s (whose team was stoked by several IU football linemen) by using a new technique. We dug our heels in the ground, passed the rope over our shoulder, with our hands on top of the rope. When the heave began we arched our backs, stetched out our legs, leaned backward while the oponents lurched forward. A few repeats and the event was over in seconds. One DU was heard to say afterwards, “This was supposed to be a contest of brawn and not brains.”
Back to Top

“In a place where basketball, Little League and Friday night lights are king, being the best at what you do is a worthy goal … Find your inner champion.”

What could make the “World’s Greatest College Weekend” any better? How about a documentary that follows four teams — Cutters, Delta Gamma, Delta Tau Delta and Teter — through their preparations for the men’s and women’s Little 500 races in 2013 and 2014. Four 2012 IU alumni worked for two years to produce the film which premiered at the Cinequest Film Festival on February 28. Click HERE for a recent story featured by the IU Media School.

“Little Five is a funny thing because you don’t get a chance to do it over again … It is literally all or nothing … For my guys, I will go to the wall.”
~ DTD Little 500 Coach Courtney Bishop

Click HERE to watch the full trailer for a glimpse at this film, which will premier in Bloomington on Friday, April 24 — the eve of the men’s Little 500.
Click HERE  to go to the Delts’ Cycling page.
Back to Top

There are no upcoming events at this time.