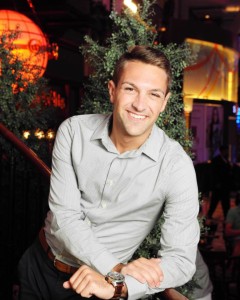 Nick Baker came to Drake University because he wanted a college experience where he was more than just a number. He wanted to create genuine relationships with the faculty and make an impact on campus during his time in college. Nick’s involvement in campus organizations signified him as a leader, prompting him to be a top candidate as the national office began facilitating the Phi Delta Theta recolonization at Drake. Last fall he was extended a bid as the first founding father of the Iowa Delta colony.

“I hope to strengthen the bond between the colony and our thriving alumni base that has already provided such great support. We have been honored to meet a few of the original Iowa Delta founding fathers from the 1960s. We were able to have some meaningful conversations with these valuable alumni and that experience made the whole concept of ’fraternity’ very real. I’m extremely excited to continue the strong relationship with our very active alumni base in the coming months.”

To read past alumni spotlights that were featured in The Iowa Delta Report click the links below.